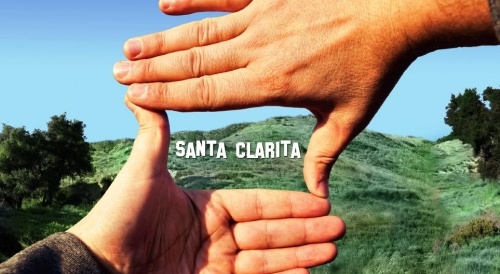 The Santa Clarita Film Office experienced another great year for location filming in Santa Clarita. In 2016, the Film Office recorded 548 film permits and 1,366 film days, which generated an estimated economic impact of $33.1 million to the local community.

This is the fourth year in a row the estimated economic impact generated from location filming has reached $30 million or more. Additionally, this is the third year in a row the Film Office has recorded more than 500 permits and more than 1,300 film days. Not included in the reported numbers are the film days and economic benefit from filming that takes place on certified sound stages, which does not require a film permit.

Many factors have contributed to the continued success and appeal of filming in Santa Clarita, including the City’s Movie Ranch Overlay Zone and Film Incentive Program, along with the California Film and Television Tax Credit Program that is working to keep production in the state. “We’re happy that Santa Clarita remains a top choice for productions looking to film in the Los Angeles area,” said Mayor Cameron Smyth. “We remain committed to keeping Santa Clarita a top choice for filming because it is a large part of our local economy. Local filming also provides high paying jobs for thousands of local residents and supports hundreds of local companies involved in the entertainment industry.”

More than half of the filming days for 2016 were attributed to television production alone, many of which were locally-based shows including “Atypical,” “Blunt Talk,” “Good Girls Revolt,” “The Guest Book,” “Man vs. Master,” “Mistresses,” “NCIS,” “Santa Clarita Diet,” “Shooter,” “Stitchers,” “Switched at Birth,” “Ultimate Beastmaster,” and “Westworld.”

Television productions aren’t the only ones taking advantage of Santa Clarita as a film location. Several movies also shot in Santa Clarita in 2016 including A Wrinkle in Time, Abilene, All-Star Weekend, Billy Lynn’s Long Halftime Walk, Day of Reckoning, The Female Brain, Gone Are the Days, How to be a Latin Lover, Insidious: Chapter 4, The Last Word, The Lovers, Magic Camp, #REALITYHIGH, Sharknado 4: The 4th Awakens, Sun Dogs, To the Bone, The Yellow Birds and more.

Santa Clarita continues to be one of the most filmed places in California because it’s located within the industry’s well-known 30-Mile Zone and offers thousands of film-friendly locations that can double for almost anywhere in the world. In addition, Santa Clarita has more than 20 sound stages, more than 10 movie ranches, a one-stop shop Film Office, and some of the lowest film permit fees in the Los Angeles area.