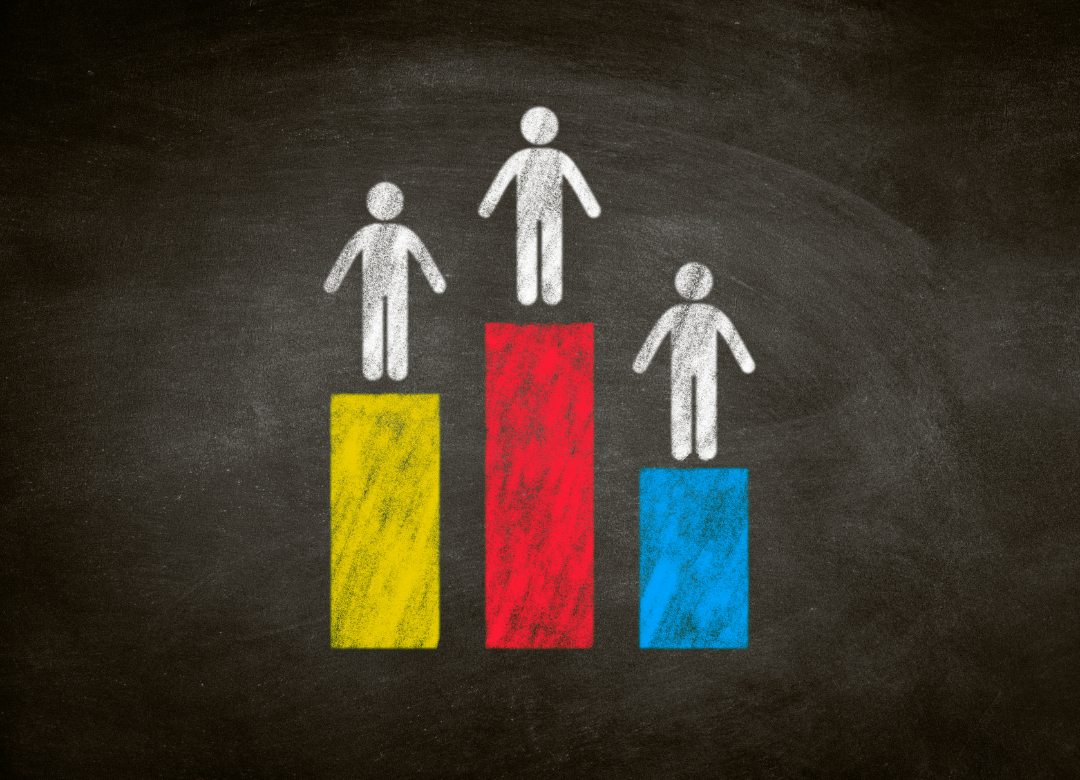 It's been another banner year for Santa Clarita in terms of achievements and growth. Through a lot of hard work and collaboration, the citizens and businesses of SCV have really risen to meet the challenges of the last 18 months. As we heard from economist Dr. Mark Schniepp at our Economic Outlook Forecast, Santa Clarita is well on its way in terms of recovery. One of the biggest factors in growth and economic recovery is for your businesses to thrive. The City of Santa Clarita has once again been named as a finalist in the Los Angeles Economic Development Corporation's (LAEDC) award for "Most Business Friendly City" in LA County. As Los Angeles County's third largest city, Santa Clarita continues its commitment to maintain a healthy business environment for current and future companies, proactively promoting business-friendly programs and services--a critical factor in job creation. With award criteria including prioritizing and supporting business recovery, reinvention, growth and hiring throughout the COVID-19 pandemic, it's no surprise that we made the short list.

The economic shutdown due to the COVID-19  pandemic coincided almost perfectly with the  Santa Clarita Valley Economic Development  Corporation’s previously scheduled, and ultimately  canceled, Economic Outlook on March 12, 2020.  With rapidly changing mandates and an uncertain  economic climate, we transitioned to hosting a September 2020 virtual event, with an additional virtual update in March of this year. Last Friday marked the highly anticipated return of the SCVEDC's Outlook to a hybrid in-person and virtual event, hosted at the Santa Clarita Performing Arts Center at College of the Canyons.

Safe, Ambitious, and Ready for Business 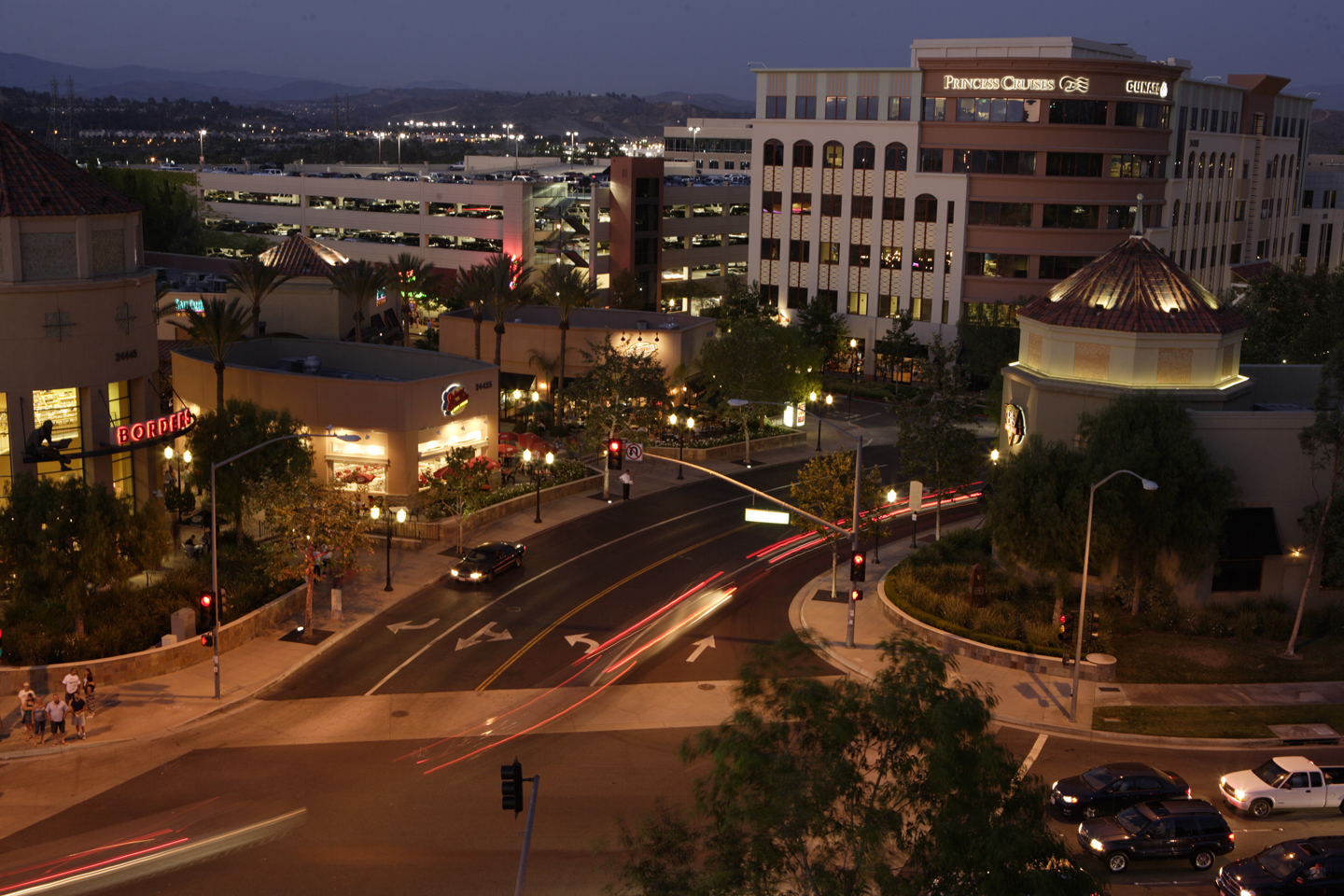 Santa Clarita ranks top 10 in safety, as well as the 4th most ambitious and business ready city in the nation.

Santa Clarita has recently been recognized as being one of the safest cities of its size in the country, and for being one of the most business ready. While it may not seem obvious at first, these two endorsements go hand in hand. They result from deliberate efforts to grow the number and quality of jobs in the Santa Clarita Valley in order to provide great opportunities for residents.

A Silent Investor in Growing Your Economy: Economic Development 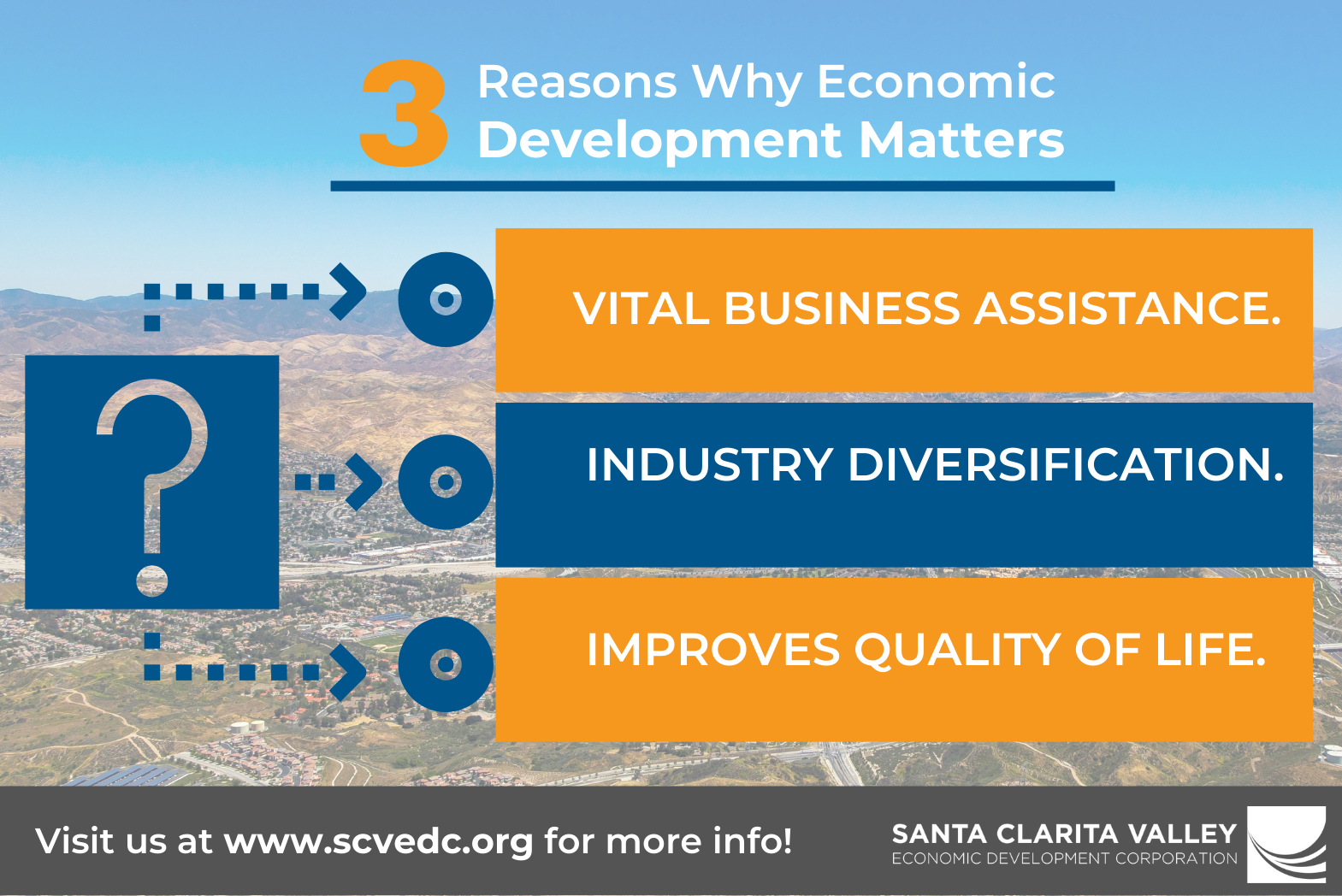 
Many times the work of economic developers goes unnoticed and cruises under the radar. And that’s okay! Being a silent investor in a region’s economic well-being and quality of life is rewarding in itself and in May is celebrated by Economic Development month.

It is an honor for our business development team at the Santa Clarita Valley Economic Development Corporation (SCVEDC) to serve this region and help drive economic growth in our economy. The SCVEDC advances a valley-wide mission to grow jobs in target sectors of film and digital media, aerospace, technology, medical devices, advanced manufacturing, and corporate services. Now more than ever, a thoughtful, integrated approach to economic development is critical to growing and sustaining quality jobs.

The Santa Clarita Valley is a growing region with significant opportunities for businesses including available, state-of-the-art industrial and commercial buildings in master planned developments. Despite the challenges, 2020 was a successful year for many companies, and there were several attractions and expansions across our target industry clusters. Through our research for the Economic Outlook Forecast, we compiled the Santa Clarita Valley Largest Employer’s List illustrating some remarkable growth this past year. 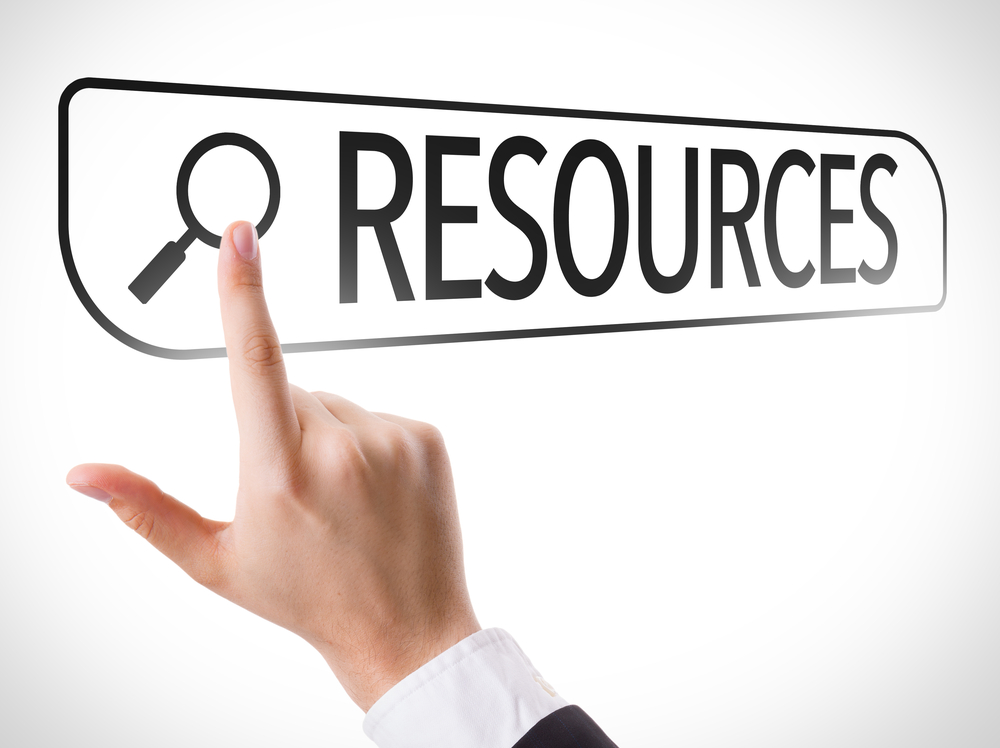 The Santa Clarita Valley Economic Development Corporation is an organization dedicated to attracting, retaining, and growing business opportunities for the Santa Clarita Valley. That mission is more important than ever. While most of our usual face-to-face meetings are temporarily on hold during the COVID-19 pandemic, SCVEDC has many online resources to help your company with a variety of issues you may face. Here are just a few free resources to help your business:

The Santa Clarita Valley Economic Development Corporation’s overarching goals are to support the creation of high-paying jobs for our trained workforce, stimulate economic activity that grows the regional tax base, and strategically position the Santa Clarita Valley (SCV) and its businesses to better compete in the global economy. 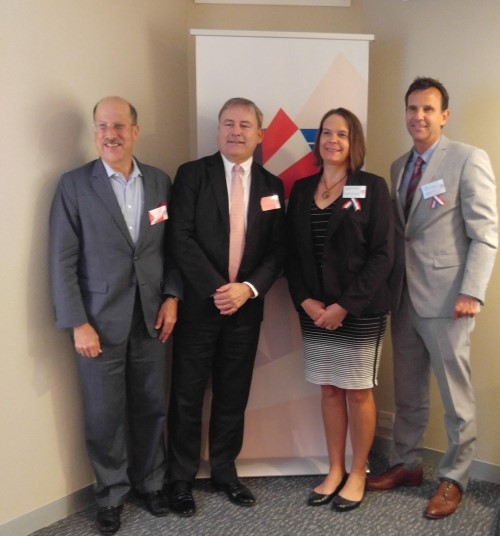 As part of its ongoing effort to promote international investment into the Santa Clarita Valley (SCV), and to facilitate export opportunities for SCV companies, SCVEDC President & CEO Holly Schroeder recently traveled to Hong Kong. This was SCVEDC’s first return to Hong Kong since it joined then-Supervisor Michael D. Antonovich for a Chinese trade mission in 2014.

A Tale of Two Taxes

The Board of Directors of the Santa Clarita Valley Economic Development Corporation recently evaluated two LA County ballot measures that impose new taxes: Measure M, which adds a half-cent to the current sales tax for transportation improvements, and Measure A 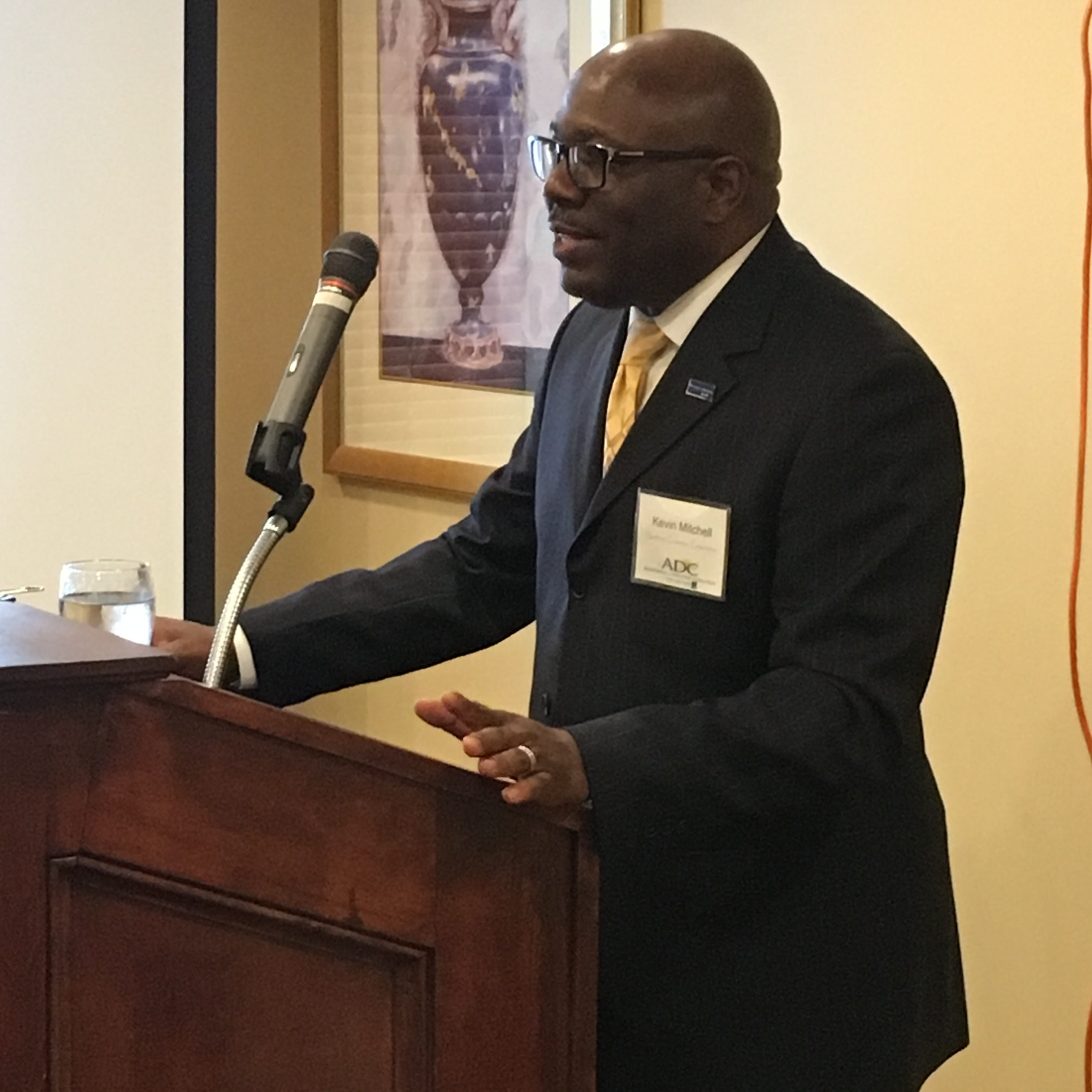 Many people know the Santa Clarita Valley as the suburb for Los Angeles. But today, it is increasingly being called the “Silicon Suburb” according to a front page article in the latest issue of San Fernando Business Journal (September 5 – 18).

Each year, more than 12 billion dollars in Research & Development Tax Credits are funneled back to US businesses, and this is for the federal program alone.

Aerospace Firm Moves to Valencia from No. Hollywood; Good Vibe 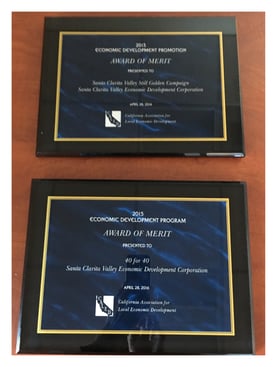 Image 2000, after growing its print services company into one which harnesses hardware and software technology solutions, is relocating to Santa Clarita from Van Nuysand hopes to be open by May 1. First launched in 1992, the privately owned firm now grosses $30 million annually. 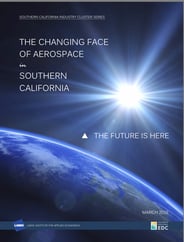 Alfred E. Mann, after whom the Mann Biomedical Park in Santa Clarita Valley was named, died on February 25 at the age of 90. As an inventor, entrepreneur, investor, and philanthropist with a track record of prolific successes, he left a lasting legacy after creating 17 companies over the course of seven decades, amassing a personal fortune valued at more than $2 billion in 2007.

SCVEDC awarded Richard Photo Lab an Industry Cluster Attraction Incentive (ICAI) of $23,694 today. Richard Photo Lab relocated to the Santa Clarita Valley in 2015. As a company in the Digital Media & Entertainment cluster, the company was eligible for the incentive.

The Governor’s Office of Business and Economic Development (GO-Biz) announced that it is now accepting applications for the California Competes Tax Credit (CCTC). Growing companies in the Santa Clarita Valley are encouraged to apply.

CDS Doors, manufacturer of quality cooler and freezer glass doors, is relocating to the SCV after the first of the year. The company has acquired a 50,000 square foot building in Canyon Country on Sierra Highway.

Maybe CA isn’t so bad after all

I hear it every day – CA is a tough place to do business. Some would say the worst. Sometimes I think we just believe the stories and reputation without thinking about it analytically.

Data tells another story, or at least adds more perspective and insight than the oft-quoted soundbite.

Hospital Expands into Facility for Therapy and Physical Fitness

Local landscaping company Gothic Landscape has acquired a new building in the Santa Clarita Valley that will become its new Corporate Headquarters. 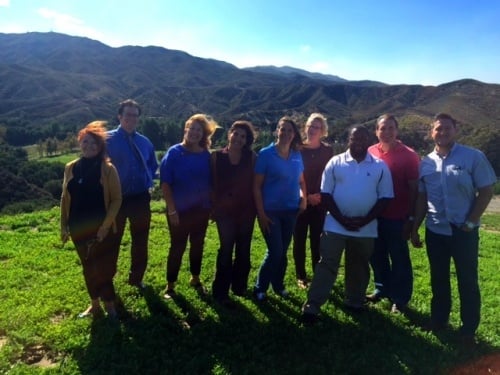 Film industry people, studio and movie ranch owners and operators, and members of the Santa Clarita Economic Development Corporation executive committee and board gathered to tour the Disney’s Golden Oak Ranch – the land that Walt Disney first acquired in 1959.

Logix Federal Credit Union — a longtime Burbank fixture with ties stretching back to the area’s aviation heyday — will relocate its headquarters to the Santa Clarita Valley, officials announced today.

The credit union, which has operated in Burbank for 78 years, confirmed its plans in an announcement Tuesday.

“After careful analysis of options that included alternate locations, as well as expansion on the current headquarters site, the Logix board determined the best long-term option is in the Santa Clarita Valley,” said Dave Styler, CEO of Logix, in a statement.

Founded as the Lockheed Aircraft Federal Credit Union in 1937 to serve employees of the aircraft company, the credit union has more than 150,000 members and more than $4 billion in assets, and currently has four branches in the Santa Clarita Valley.

The Santa Clarita Valley Economic Development Corporation is pleased to announce that Logix Federal Credit Union will be moving its headquarters to the Santa Clarita Valley. Logix has acquired a 12-acre vacant parcel in the Valencia Commerce Center near the junction of Interstate 5 and State Highway 126.

Does your business pay Use Tax? If so you may be eligible to direct a large portion of your Use Tax back to Santa Clarita’s general fund for public safety, parks, libraries, infrastructure and other City services and receive a cash rebate on a portion of the Use Tax remitted to the City.