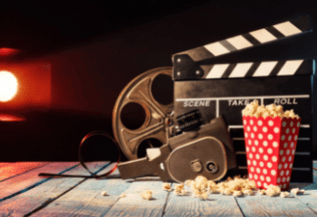 In a smart move to keep California’s signature industry thriving in-state, legislators earlier this month voted to increase both film and television tax incentives by another $330 million. The new bill was signed into law on July 22 by Governor Newsom, and has two primary features. The currently available  $330 million is being bolstered with an additional $180 million, bringing the annual film tax incentive program total to $410 million. The entirely new component now adds $150 million, allocated towards the construction of soundstages in an effort to meet the ever-growing demand for these studio facilities. These changes could prove vital to meet California's film and television needs, stop production jobs from leaving the state, and potentially coax studios to return that had jumped ship for more enticing offers in other states.

Less than two weeks ago Governor Newsom signed this new expansion into law in the face of this growing competition. Hollywood has gone into overdrive with these increasingly competitive streaming services, rolling out countless new TV shows and films to hold onto subscribers. Netflix is moving at breakneck speeds, releasing a movie every single week. The swell of content production over the last few years surged exponentially after the mandatory stay-at-home orders caused so many of us to spend more time than ever on our favorite streaming services. And just like how viewers now have more than just a few options in platforms, production studios have tempting alternatives to film in areas other than just the Golden State. Places like New Mexico, Oklahoma, New York, and Georgia have already been handing out very generous tax credits in greater amounts than California.

Adding $180 million to the tax incentive bucket has the potential to tip the scale in our state's favor. The exponential growth in the number of series production has resulted in there simply not being enough money to go around. These tax credits can be very lucrative to studios and oftentimes will be the deciding factor when they are outlining their filming budgets. While this is a big factor in studios choices to film in a particular state, without the right infrastructure like soundstages productions can be often limited to location shoots. That's why some states have already introduced the same tax incentive as California to help build these increasingly sought after production studio facilities. The aim of this new program is to increase the number of soundstage locations and create more real estate for film and TV studios, incentivizing them to keep filming here as well as bring back other shows and movies that have already left for other states.

Santa Clarita companies have not been idle during the spike in production the last few years, giving credit to SCV's moniker of "Hollywood North". There is no doubt that SCV is a happening location for filming, and with space at soundstages at a premium, our region has added several more over the past years to accommodate the demand including the expansion of Santa Clarita Studios (SCS) and the addition of LA North Studios in Valencia Industrial Center AND The Center at Needham Ranch. These new soundstages bring the region’s total number closer to 40.  According to the Santa Clarita film office, our city remained busy over the 2020 and 2021 fiscal years. Last year had an overall economic impact of $30 million, while this year we grossed around $34 million. The economic impact derives from film permits and renting space from locations like LA North and Santa Clarita Studios. But just as impactful is the additional commerce it brings from film workers eating at restaurants, staying in hotels, and shopping at various other venues supporting our local businesses.

Santa Clarita loves film industry companies and their crews, and they love coming here! The Santa Clarita Valley offers an abundance of sound stages, several iconic movie ranches, natural backgrounds, and open acreage easily lending its hand to some of the most popular filming locations in the world. It remains one of the most filmed locations in California and the public’s demand for content will continue to drive expansion in the industry. SCV is a great location for all businesses, including show business, due to our educated and talented workforce, pro-business environment, commitment to remaining the most business-friendly region in LA County, and our convenient location as the gateway to Los Angeles.

We look forward to more growth in the years to come and Santa Clarita will, as Governor Newsom said in his press release, continue to keep those cameras rolling.