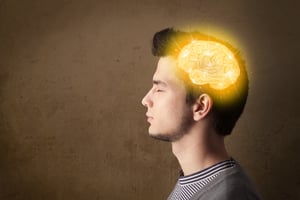 TMS has received FDA approval for the treatment of depression. It also shows therapeutic promise for conditions such as anxiety, obsessive-compulsive disorder, post-traumatic stress disorder, tremors, tinnitus, and addiction.  It is approved for both chronic pain and tinnitus in Europe.

“Our region is well known for advancing innovative medical technology companies and we are pleased that Dr. Liker selected the SCV as the location for the first independently operated brain stimulation clinic in L.A. County,” said Holly Schroeder, President & CEO of the Santa Clarita Valley Economic Development Corporation.

The spa-like atmosphere will be the first of its caliber in Los Angeles County.

“As a neurosurgeon, I recognize that the accuracy of my equipment means the difference between an effective and ineffective treatment. My patients rely on this as well. The Nexstim SmartfocusTMS system is the only one that provides me with the consistent precision I require when treating depression. Many have relied on either medication or therapy and this offers an innovative option on the road to recovery,” said Dr. Liker. “The ability to noninvasively target critical brain pathways associated with a variety of diseases offers extremely exciting potential treatment avenues," Liker added.

Most patients require a series of short, daily treatments over several weeks. TMS is considered to be gentle, effective and well tolerated.

For more information about the center visit www.brainstimcenters.com