OK Boomer - Make Way for the Rise of the Millennials

Ok Boomer – Make Way for the Rise of the Millennials 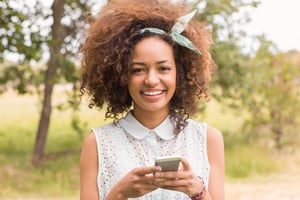 Trends like this and more will be shared at SCVEDC’s upcoming Economic Outlook Forecast on March 12. 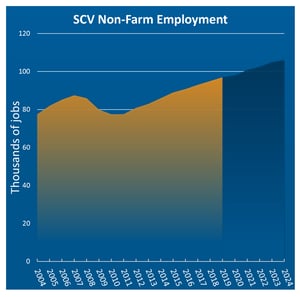 For example, in addition to the rapidly expanding Millennial generation, SCV is growing jobs and has completely recovered job loss from the recession. Employment numbers continue to rise and now there are a record number of jobs in the Santa Clarita Valley at 95 thousand. Of those, 1/3 are at the region’s 50 largest companies.

Additionally, in each of the past five years, there have been between 650-750 permits for new homes. Currently, there are several housing projects representing thousands of new units that will be completed for occupancy within the next two years. With new homes in Vista Canyon, River Village, Skyline Ranch and Newhall Ranch, SCV is helping to bridge the gap in housing which has become a major issue in both Los Angeles and the state (and provide some stylish and contemporary housing options for those Millennials as well).

If you’re interested to learn how these trends will affect your business in 2020 and beyond, join us at the annual Economic Forecast on March 12 at the Hyatt Regency Valencia. You’ll get updates on the economies of the Santa Clarita Valley, the state and the nation, demographic data, information about new housing and commercial developments and more. Don’t miss the most impactful business event of the year.

Visit www.scvedc.org/outlook to learn more. This event will sell out so get your tickets today!