Quality of Life Matters - Millennials are Moving to the Suburbs

Quality of Life Matters – Millennials are Moving to the Suburbs 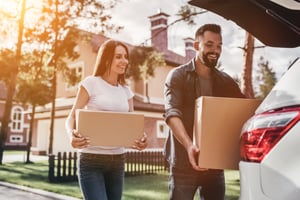 As millennials grow up and begin to settle into their careers and buy homes, it’s hardly surprising that their demands from just a few years ago have changed. A generation that once flocked to apartments in the city is now looking to settle down and start a family – but where are they moving to and what are they looking for?

According to demographers, urban growth started trailing off several years ago, while suburban population growth is booming. This suggests that the single young professionals that were heading to city centers in the early 2010s, largely unconcerned with quality of schools or buying homes because they not only had no children but were also burdened with student loans and low wages, are finally starting to migrate back out into the suburbs.

Distance is Less of an Issue

Our perception of distance is changing, with quick and inexpensive shipping turnaround times, reduced costs to transport information (think cloud technology), and the potential for self-driving cars to reduce traffic-related stress. More than ever millennials are accepting longer commutes in favor of home ownership, which is only possible in the suburbs outside major cities.

In a major city like Los Angeles, there are benefits to living in a suburb just outside the main part of the city. You can be just outside the city limits and still be far enough away from the hustle and bustle to enjoy a family-friendly community and lifestyle. Thrillist named Santa Clarita one of the top suburbs to live in outside of the L.A. metro area for its vast outdoor activity space, local restaurants, and proximity to major theme parks. 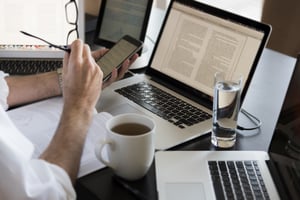 Aside from the desire to live in a less stressful environment, millennials also crave a higher quality of life, and that includes balancing their work and home lives. In fact, one survey showed that work-life balance was the number one factor they considered beyond financial benefits when choosing a job.

One way to facilitate this environment in the workplace is offering flexibly and remote work, which allow employees to be more productive by choosing when and where they work rather than being relegated to a strict schedule in a designated environment. Millennials are a generation that mostly grew up constantly connected to the internet, and technological improvements help them to be more present and avoid potential burnout. Other ideas for improving this balance in the workplace include increased collaboration, training, communication, and purpose.

Are you ready to tap into the growing millennial workforce? Check out the new Live Work SCV job board to recruit difference makers and local talent!