Suburbia will Drive the Future of Technology

Suburbia will Drive the Future of Technology 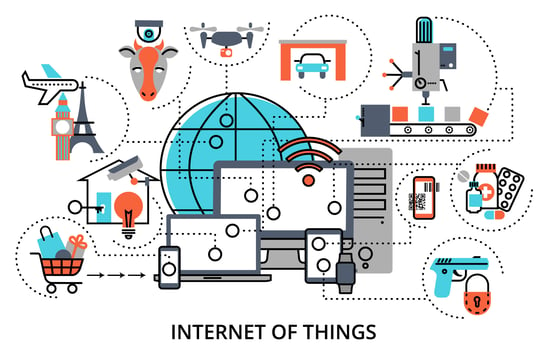 Your house knows when it’s time to wake you up and does so by streaming your favorite music. You shower. You shave. You get dressed.  You ask your intelligent personal assistant app what the weather forecast is. You get dressed and toss an umbrella into your bag (she said it would rain). Outside, a drone is delivering a small brown package to your neighbor, and the automated car you ordered from your smartphone is just pulling up to the curb.Ten years ago, any of those innovations may have seemed fantastical, the sort of dream that gets filed away with the flying car under ‘Maybe, someday.’

But here we are in 2019, with Amazon and other companies testing drone delivery, automakers putting driverless cars on the road by the dozens, and smart technology encompassing not just your home, but every appliance in it, from your TV to your refrigerator.

As the internet of things grows – and it’s growing fast – the challenge for tech companies large and small will be deciding where to bring their innovations to bear.

Follow the trends, and the answer is obvious: the suburbs.

Millennials are the driving force in today’s economy, and they’re starting to grow up. Nearly half of all homebuyers last year were millennials, and they’re choosing suburbs over cities for their first investment.

Not only do millennials want to live in the suburbs, they want to work and play there, too. Millennials, more than any other generation, value walkability.

Fortunately, it’s much easier and less expensive to integrate smart technology and the internet of things into suburban communities, especially up-and-coming communities that can develop new technology alongside their infrastructure, rather than tearing down or retrofitting the old to make room for the new.

Suburban communities like Santa Clarita, where major new construction and development projects are on the horizon, are primed to embrace this marriage of technology and infrastructure. The city has shown it’s ready to embrace the future, promoting EV charging stations at public locations and developing plans for greener, more sustainable parks and roads.

Getting in now is the easy part. As we’ve said previously, office space in Santa Clarita Valley is comparatively inexpensive, and commuting is a breeze compared to other communities in southern California. Staying at the forefront of technology is how companies thrive. As millennials continue to shape our economy, that means businesses need to pay closer attention to the opportunities that exist outside urban areas, where the future, in all its buzzing and automated glory, is waiting.

Contact SCVEDC to learn more about how you can be on the leading edge of technology. Your future is closer than you think…