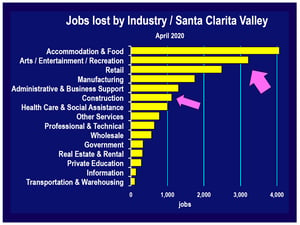 Dr. Schniepp began by noting that the Santa Clarita Valley moved from record low unemployment levels at the beginning of the year to skyrocketing unemployment due to the COVID-19 shutdown. According to his data analysis, unemployment levels peaked in mid-April and are slowly inching down as businesses gradually begin the reopening process and employees return to work. 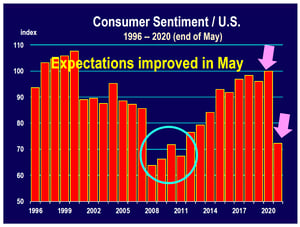 Though the lockdowns have lifted for many businesses, including restaurants, retail and some entertainment venues, Schniepp predicted that the economy won’t just go back to business as usual. Permanent business closures have impacted the supply chain, and consumers are reluctant to spend due to both income reduction and ongoing concerns about COVID-19. 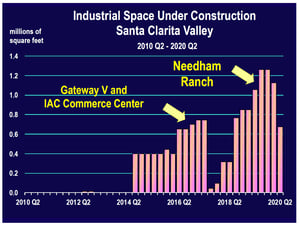 Los Angeles County is likely to lag other regions of California in the recovery because more of the sectors here have been shut down, and for longer, including tourism, the film industry, entertainment venues and the ports. Though the SCV economy is largely tied to that of Los Angeles County and major local employers have been forced to furlough employees, Schniepp noted that the construction industry is rebounding for both residential and commercial units.

On the upside, it does appear that consumers are ready to dine out and enjoy personal grooming services, and demand is still high for cars and homes. Schniepp was optimistic that American industry would become more innovative because of constraints, and the recovery might be easier than economists originally predicted. He also stated that while consumer confidence is shaken, it has not fallen to the Great Recession levels. 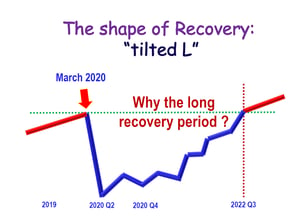 Overall, Schniepp forecasted that recovery has begun, but it will be a slow and bumpy ride. As unemployment benefits expire and PPP Loans and other loans come due, that might weaken the economy, or at least slow the recovery further. He anticipated that as things gradually return to “normal,” the economy would too. In about Q3 of 2022.

To listen to the rebroadcast of the webinar with Dr. Mark Schniepp, or any of webinars from the Scaling Up series visit our website: www.scvedc.org/scalingup