One of the greatest local resources we have for startups is the Santa Clarita Business Incubator. A partnership between the City of Santa Clarita, College of the Canyons, and the Small Business Development Center, the Business Incubator has helped local entrepreneurs kickstart their businesses through networking opportunities, low cost office space, and access to partnerships with local legal and financial services, all while establishing roots in the SCV to create high-quality jobs for the community. 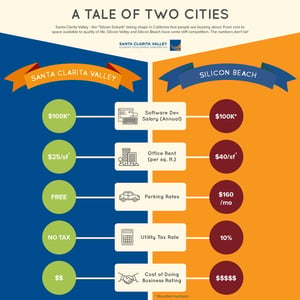 The SCBI focuses on creative and tech companies, which align with current major industry clusters in the SCV like digital media and entertainment and information technology, lending to its nickname the “Silicon Suburb." Since its start in 2014, four companies have graduated from the program and remained in the SCV because of the network and connections they made through their participation, as well as the quality of the local workforce. 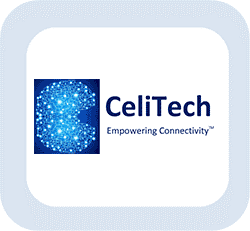 One of the current residents, CeliTech, is working to develop the first ever digital network. This would allow international travelers to access mobile data connectivity through an app, essentially solving data roaming issues.

Last year the company was chosen from over 7,000 startups to present at the Google Startup Grind Global Conference in Silicon Valley, and filed their third patent. Additionally, they were named by the Tech Tribune as a 2019 Best Tech Startup in Santa Clarita.

"We are proud to call the "Silicon Suburb" home and extremely humbled to be named as 2019 Best Tech Startup in Santa Clarita," said Ahmad (Al) Fares, Founder & CEO of Celitech.

But perhaps the most exciting point to date is the announcement earlier this year that they have executed global connectivity agreements with more than 400 networks in over 200 countries. They’re scheduled to go live in July 2019 in around 60 countries.

Are you ready to grow your business and enjoy a higher quality of life? Contact the SCVEDC to learn more about how the Santa Clarita Valley can help your company succeed.