2019 - Another Year of Growth and Development for SCV 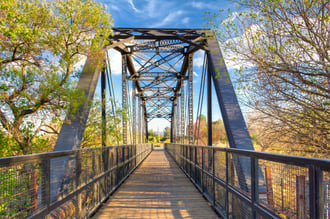 Each year, the Santa Clarita Valley Economic Development Corporation (SCVEDC) compiles an annual report that details our key accomplishments that help us further our mission. Our organization gets stronger each year and is supported by a fantastic Board of Directors. This dynamic group of leaders is dedicated to the Santa Clarita Valley (SCV) and we could not do what we do without them. SCVEDC remains focused on 4 key areas: business attraction & expansion, business retention, community marketing, and economic research and data.

2019 was a good year in SCV, and although some of the leasing activity was a bit slower than we might have expected, interest remains very high. In 2019, we retained two significant aerospace companies. These efforts are important because the slowdown of Boeing’s production of the 737Max and uncertainly in broader markets has had a great impact on the aerospace industry in general. The aerospace and defense cluster in the Santa Clarita Valley remains strong and is supported by the new Aerospace and Defense Forum, an SCVEDC sponsored, once-monthly educational and networking meeting for local A&D executives.

Expanding on the trend we have seen in the past several years, in 2019 we attracted significant new companies in our target sectors of biotech, advanced manufacturing, and entertainment/digital media.

But perhaps the most noteworthy action in 2019 was the launch of a new job board called LiveWorkSCV.com in July. In its first 6 months of operation, 127 unique Santa Clarita Valley companies posted jobs.

We have been hearing from SCV companies for some time that when they have a job opening, they get a relatively small number of applicants from SCV, even when we know people with the skills needed are commuting south out of the valley into Los Angeles. LiveWorkSCV.com gives us a mechanism to place those jobs more prominently in front of SCV residents.

SCVEDC’s Board of Directors established this program as a service to SCV companies and residents and local companies can post jobs on the site at no charge. We target our marketing at the Santa Clarita Valley, encouraging residents to look at the many employment opportunities available locally.

Feedback from SCV employers has been overwhelmingly positive and we have already heard success stories of employers finding local workers. Besides reducing the commute time for these individuals, research shows that employees will stay in jobs longer when they work closer to home.

Looking to the year ahead, in 2020 we will be celebrating SCVEDC’s 10-year anniversary! The organization was formally incorporated on December 31, 2009 and the Board formed in 2010. We will be using this anniversary to highlight the many success stories of the past decade, including the attraction of great companies like Sunkist and Logix Federal Credit Union, and the expansion of others such as Scorpion and Santa Clarita Studios.

I continue to believe that the approach to economic development in the SCV is perfectly suited to our region. As a public-private partnership between the City, the County, College of the Canyons, and the private sector, we bring together each entities’ unique perspective and assets to create a single approach to economic development for our growing region. It also effectively pools our resources and efforts. We can’t leave our future to chance, and having an integrated, unified strategy is vital to our success.