Los Angeles is a huge metropolis that sprawls across Southern California, and it often seems that everything is so far away. When it comes to the Santa Clarita Valley (SCV), the perception is that it takes longer to get here than other places in LA. It’s a myth we work hard to dispel—did you know that it takes SCV residents less time to get to the Hollywood Bowl than folks who live on the Westside? 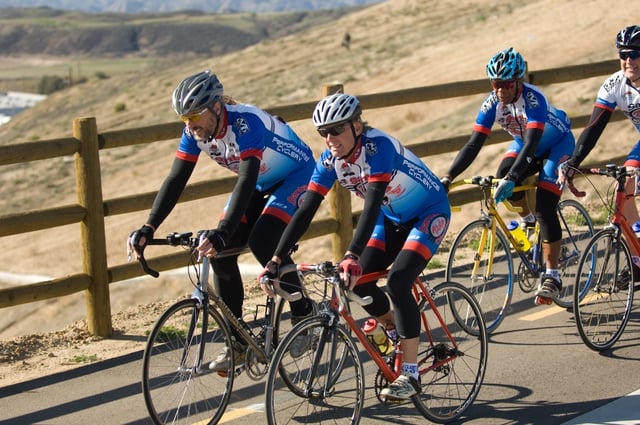 Just 30 miles north of downtown Los Angeles, Santa Clarita is the third largest city in Los Angeles County, and the SCV offers location-based benefits to both employers and employees alike. The number of LA residents that now work in Santa Clarita is rapidly increasing. Why? There are a lot of jobs right here in the Santa Clarita Valley – and the SCV’s unemployment rate is at a record low. From high-skilled, high-wage positions in finance, engineering, or tech, to more modest-paying, entry level jobs in retail, health care, or tourism, there is a labor demand that must be met.

The reverse commute – traffic tends to head into Los Angeles or the Westside – for those employed in the SCV, that means that you’re heading counter to the rush-hour traffic flow which means less traffic and a much faster, less stressful commute!

Santa Clarita is within 30 miles or less from most of Los Angeles, not to mention Burbank, Thousand Oaks, Simi Valley and Santa Monica. Combined with that easy reverse commute (a 30-mile or less commute meets requirements of most employees), those who prefer an urban or beach lifestyle should still consider working in the SCV.

Santa Clarita is a great place to live – offering a great lifestyle in a safe, master-planned community with great schools and advanced education options. It also boasts terrific outdoor activities including the more than 60+ miles of biking trails, walkways and bridges provided by the Valencia Paseo system, the Santa Clara River and San Francisquito Creek Trails, and ever-expanding options for entertainment. Living and working in Santa Clarita means an even shorter commute – which translates to more time in your day to enjoy our high quality of life!

For employers, the benefits of a great commute for employees helps companies attract and retain highly-qualified talent. And a shorter, less stressful commute also means more productive team for companies located in the SCV.

Whether live and work in the Santa Clarita Valley, or you live elsewhere take advantage of the easier reverse commute, these are just a sampling of the many reasons that Santa Clarita is a good location for business.