Job Creation in the New Economy

Job Creation in the New Economy

Quick -- when you think of companies that drive the engine of our economy forward, which come to mind? Apple? Google?

Like we’ve said before, it may feel like big companies are behind the wheel, but small and medium-sized companies are pulling more than their weight when it comes to hiring and growing the economy, and they have been for some time.

Almost every new job created since 1977 has been created by a startup. Middle-market companies, in particular, have been doing well recently. One study shows middle market growth outpacing the S&P 500 almost every quarter for the past six years. Now that’s HUGE.

Presently, it's an exciting season for business owners. Under the current administration, taxes on corporations have been slashed and regulations on businesses are being rolled back -- all of this could mean big growth.

Will that continue to be the case? We are, after all, in a brave new political world: our economic policies are shifting under the new administration, but midterm elections could make the pendulum swing along a different axis entirely.

Despite the uncertainty, small and middle businesses are still a good bet for job creation and economic prosperity. Here are three reasons why: 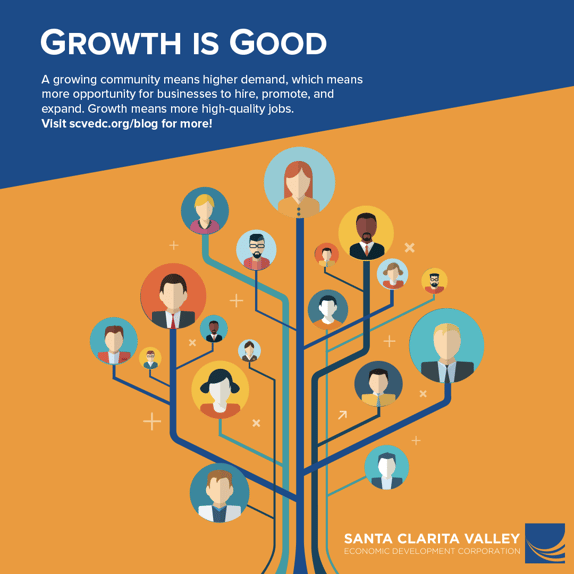 Smaller companies can switch strategies faster than their behemoth counterparts. They can both ramp up and slow down operations more quickly than a company with twice the moving parts and are, as such, better suited to weathering the changing winds of policy with relative ease.

It’s never been easier for a small company to get the financing it needs to grow quickly. Because our world has become so connected, companies now have a bevy of options for getting a fresh injection of capital, and are taking advantage of the opportunities.

Advances in technology, and how readily available those advances have become, have evened the playing field between small and large companies. The cloud’s computing tools can be downloaded by juggernaut and startup alike. Putting tech in the hands of a more agile workforce allows smaller companies to keep up with, if not outpace, similarly scoped work done by industry giants.

As discussed in greater detail in our Mythbusters-themed installment, growth is good. And close behind growth follows job creation – especially in this new economy.

Just over a year since President Trump has been sworn in – a good time to reassess this administration's achievements against last year’s (initial) goals. As per the Washington Post:

“Relative to the figure from January in each president’s first year in office (excluding those presidents who took office after a death or resignation), Trump saw one of the biggest percentage-point drops in the unemployment rate. The only presidents with larger drops were Bill Clinton in 1993 (a decline of 0.8 points) and Jimmy Carter in 1977 (down 1.1). Both of those presidents, though, ended their first years with much higher unemployment rates, both over 6 percent.” 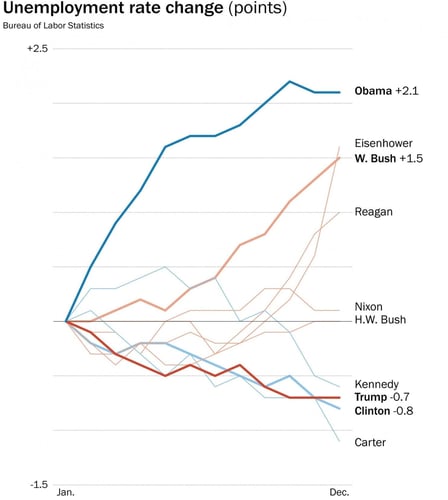 Our political climate has been riddled with question marks since 2016, and this year is shaping up to be yet another that adds to the punctuation; nevertheless, even with this ambiguity, smaller companies are thriving in the current political climate, and show no sign of slowing down in 2018.

High-quality jobs (when performed by qualified talent) generally lead to strong business performance. As a business continues to grow, and greater investment goes back into the venture, the domino effect takes wing and the benefits of economic development continue in a not-so-vicious cycle.

READ ON for even more reason for optimism!