Looking Back on a Good Year

Looking Back on a Good Year 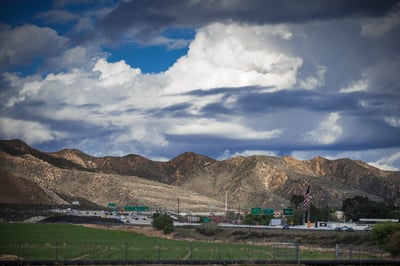 2018 was a very good year for the Santa Clarita Valley, and 2019 shapes up to be good as well. Our local job growth has chugged along in a healthy manner, and we are on track to add several thousand new jobs in the SCV. We are also adding new housing, which is a good thing and will continue to keep our economy in balance as we go forward.

As the year wraps, I like to look back on some key highlights from the year.

While seeing new headlines of companies moving to the SCV is always a thrill, we also are pleased to see our existing companies growing. We have reached the point where we see company expansions take space as much as new attractions, and we saw that this year with expansions by Mechanix Wear, Lief Organics, and Canyon Plastics. We also saw Santa Clarita Studios add new state-of-the art post-production offices, and additional parking spaces, making them an even more desirable filming location.

That doesn’t mean new companies aren’t also moving to SCV. This year we saw announcements of the relocation of Dream Team Beaute with 150 new employees moving from Sun Valley. We are also welcoming some smaller manufacturers, including M&M Fasteners and Accu Grinding. We also saw previously announced companies start operations, such as aerospace supplier Nasmyth Group, which has continued to grow since it opened its doors. 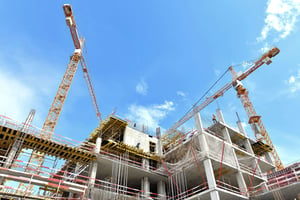 We are seeing significant new construction. After years of almost no new development during and immediately following the recession, seeing this activity is a welcome site. We have new industrial buildings going up, and future phases being planned. New office space is being constructed at Vista Canyon, and the new Headquarters of Logix Federal Credit Union is taking shape. We are seeing new housing being built, adding a tiny bit of relief to California’s undersupplied residential real estate market, and the groundwork is being laid for more to come. And while it is frustrating while it’s happening, the long-planned and long-awaited construction on I-5 that makes this all possible is moving along and will ultimately add a new HOV lane, auxiliary lanes in critical locations, and extended truck lanes.

Like most of California and the Country, we are in one of the strongest and tightest labor markets in history. Unemployment is low and we regularly hear from companies that they are struggling to find talent. So if you are interested in working in the Santa Clarita Valley, now is a good time to check out www.liveworkscv.com which provides links to the jobs pages of the largest companies in the SCV. SCV companies can also start grooming future employees by offering internships and listing them on www.scvinternships.com.

It has been a good year, and there will be more comprehensive recaps to come from SCVEDC and others. I believe the trajectory continues to be positive, with more great companies adding jobs here in the Santa Clarita Valley.